John’s principal areas of practice are: government contracts, labor and employment law and litigation (generally advising and representing employers), and business and commercial law and litigation.  Having been admitted to practice in the U.S. Supreme Court, he has represented clients in various federal and state courts, trial and appellate, as well as in state and federal administrative forums, among them the U.S. Government Accountability Office (Comptroller General), the U.S. Small Business Administration’s (SBA) Office of Hearings and Appeals, various Boards of Contract Appeals and the U.S. Equal Employment Opportunity Commission.

John, as lead counsel for government contractors, and other corporate and individual clients, has successfully litigated:  disputes concerning government prime contracts (bid protests, size protests and contract claims), subcontracts, teaming agreements and joint ventures; claims of trade secret misappropriation, intentional interference with business and contractual relations, corporate oppression (squeeze-out of minority shareholders), deceptive trade practices, enforcement of non-competition and non-disclosure agreements, and shareholder derivative claims; and the defense of state and federal claims for sexual harassment, and other claims of employment discrimination, as well as claims for violation of other federal labor laws, such as the Service Contract Act and Worker Adjustment and Retraining Notification Act.

John advises government contractors and other corporate clients concerning compliance with federal statutes and regulations that govern all aspects of procurement by U.S. Government military and civilian agencies, including, for example, those that prohibit organizational conflicts of interest (OCI), mandate contractor disclosures of illegal conduct,  prescribe the wages and benefits to be paid by a government contractor, such as the Service Contract Act, and establish eligibility for small, small and disadvantaged, women-owned and other set-aside and preferential contracting opportunities, including programs administered by the SBA.   He counsels employers concerning statutes and regulations that affect employment generally, and assists them in developing and updating their corporate policies and procedures necessary for establishing and maintaining compliance with changing employment law, in addition to advising them concerning specific employee matters.  He also regularly represents clients in corporate and other business transactions, such as asset and stock purchases, corporate and government investigations, and other organizational and operational matters.

A native of New York, he received his A.B. degree (1979) from Columbia College of Columbia University, where he was a student member of the Honors Colloquia on the History of Social and Political Thought.  He subsequently received his J.D. degree (1983) from the University of Alabama School of Law, where he was awarded membership in the Order of Barristers, having served on the Moot Court Board and been a member of the team representing the law school at the Craven Moot Court Competition at the University of North Carolina Law School in 1983.  Prior to entering the private practice of law in Huntsville in June 1984, he served as law clerk to Alabama Supreme Court Associate Justice Oscar W. Adams, Jr. during the period of June 1983 to June 1984. 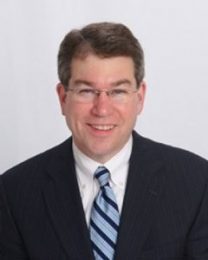 Shareholder of the firm

John is a member of:

He also is an elected Fellow of the National Contract Management Association (president, Huntsville Chapter, 1995-96, 2009-10)